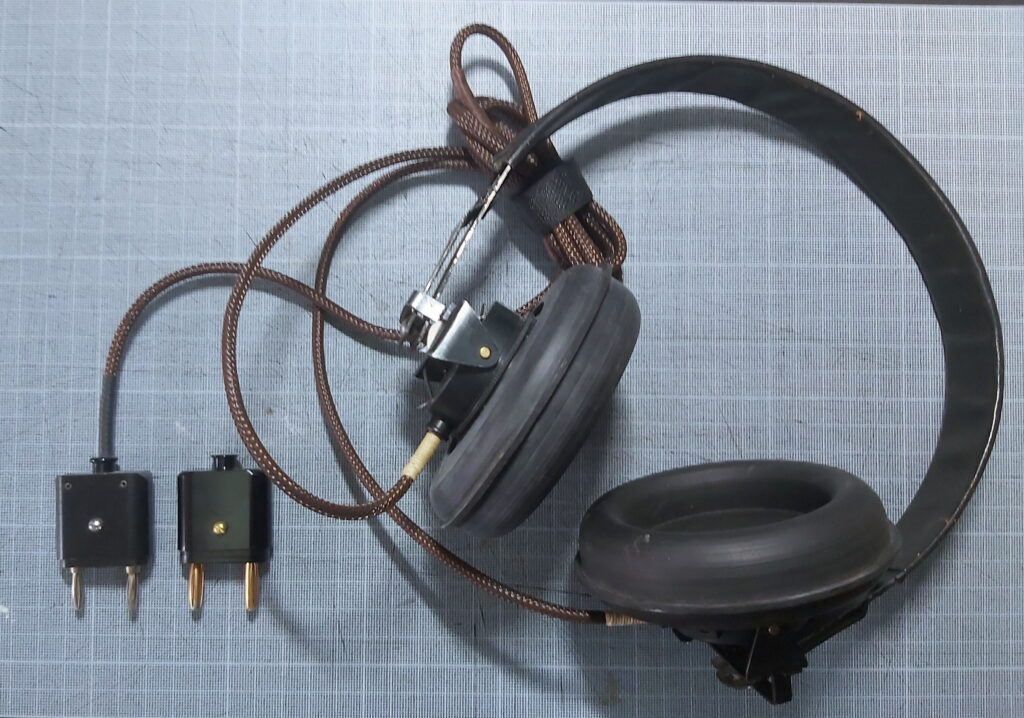 This demonstration is for the replacing of the POM (Polyoxymethylene) plugs on the replica Panzer headsets with a modern two cores thin audio cable.

Not necessary to follow if the cable is thicker or in your own way to anchor. 1.To replace the POM plug version 1.0 or 2.0 by the new True Replica Two Prong Plug. 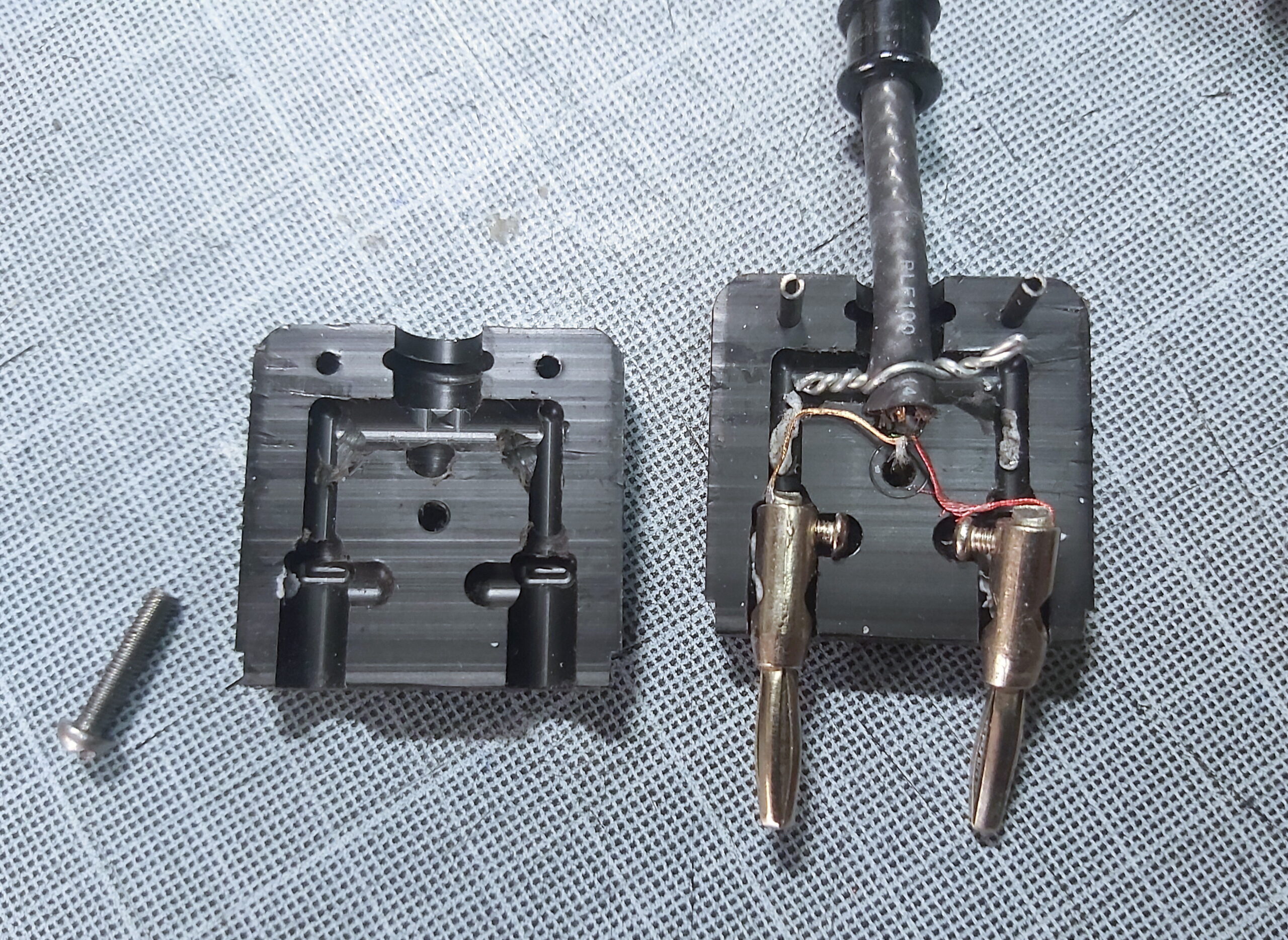 2.  Unscrew the screw on the housing, the plug is still secured by two pins at top corners, needs to open by insert a screw driver to force open it. 3. Cut off the two signal  wires from the banana prongs, cut of the anchor twisted wire and remove the collar ring. 4. Slide the black shrinking rubber tube upward by 3cm, chop off the nylon sleeve and separate and chop off the silicon tube and remove the outer layer of the audio cable. 5. Some version of audio cable has two cores and some has three cores, for the two prong plug just keeps the orange and gold wires, cut off the blue in this case. 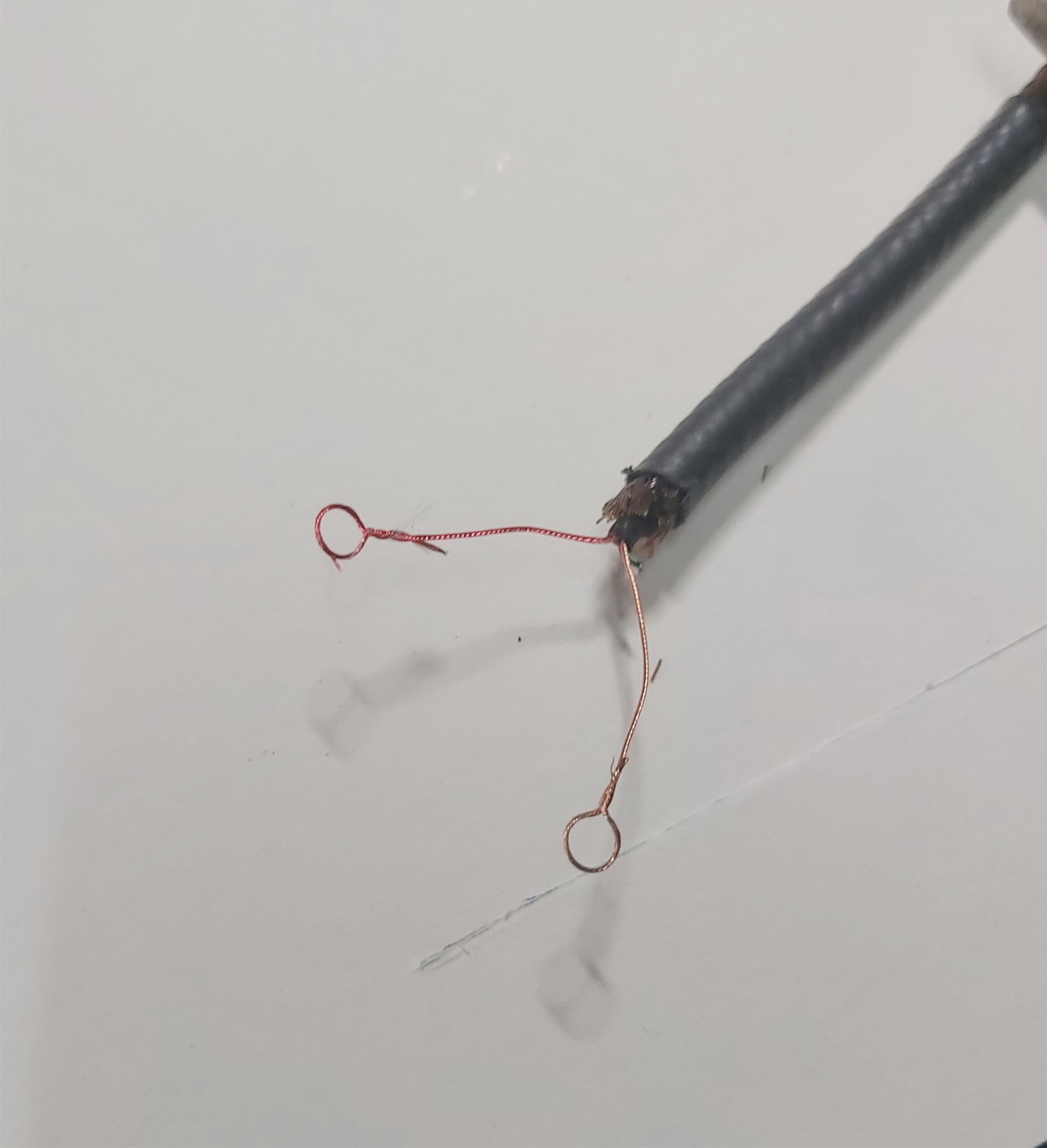 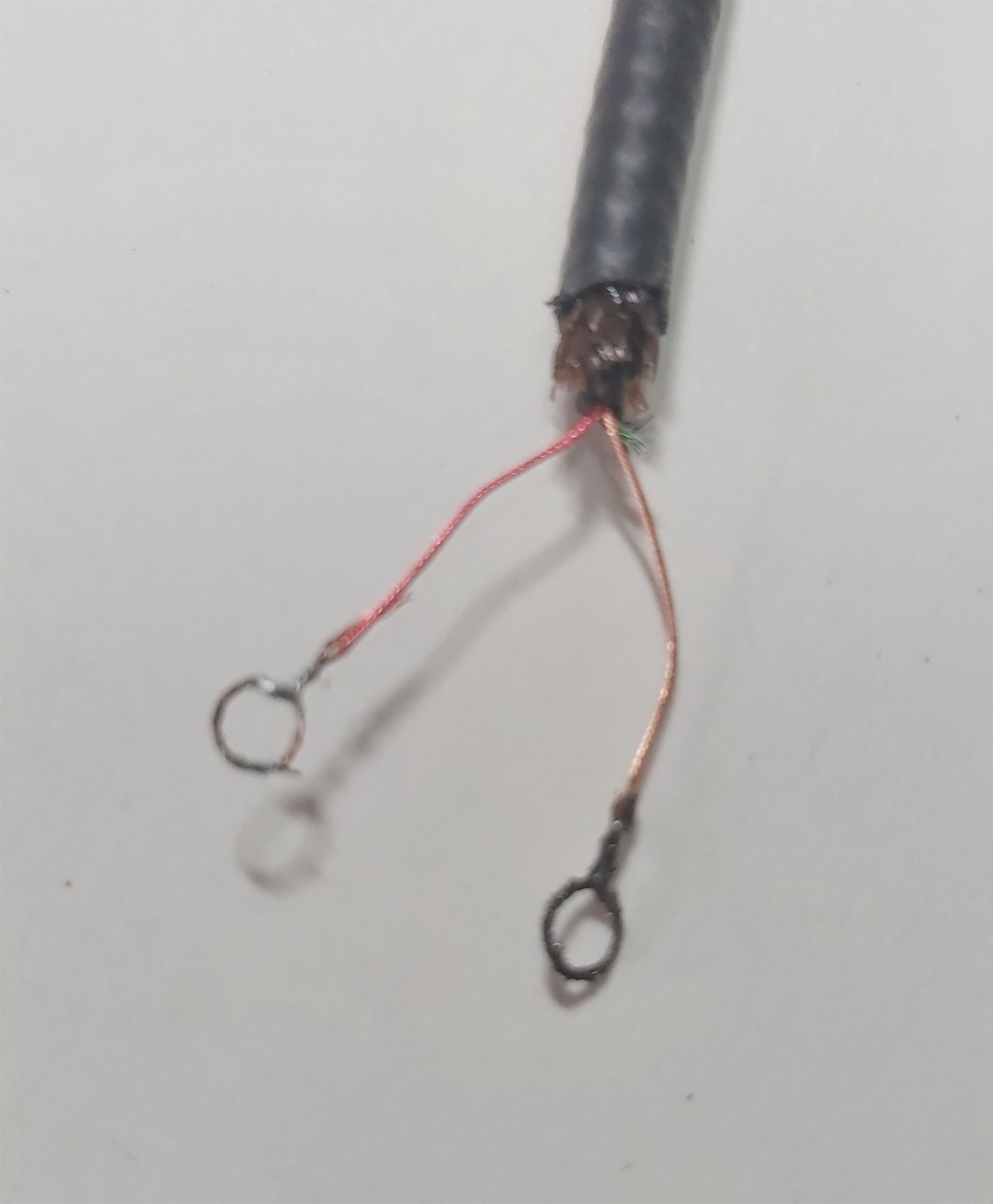 7. Solder the two rings to make it conductive. ( My poor skill made blacken solder but still conductive). 8. Open the True Replica Replica Plug and remove the two locking screws on the top of the prongs, put one washer on the shaft of the screw. 9. Don’t forget to insert the plug housing to the cable before next step.( I made such stupid mistake many times). 10. Secure the Y shape anchor wire to the vice or clamp. 11. Twisted the anchor wire tight, and put on the shrinking tubes on the wire and shrink it by hair dryer or hot iron for insulation, can use other means to insulate the anchor wire. 12. The audio cable is ready to connect with the new True Replica Plug by connecting to the prongs. 13. Slide the housing forward and secure to the core by screw. 14. Test the function of the new setting, if not working, apply solder on the wires again.