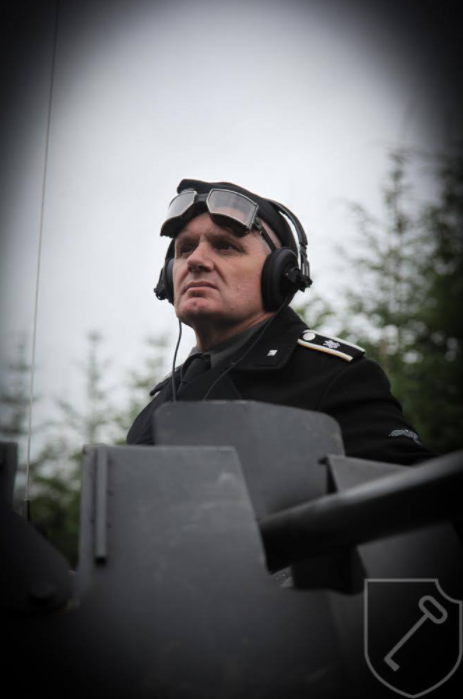 It was the report of my Panzer headset on August 2016 from BGC Ireland, on my first generation Panzer Headset version W, (a two way cable able to talk and listen with PTT and K1 plug).

Headset
The headset is a modern 1:1 scale reproduction of the iconic Dfh.b German
headset used during the war by German armoured vehicle crews. It is made of
modern components, custom manufactured to faithfully replicate all the
detail of the original design. The headset is weighty owing to the use of
spring steel, just like the original units, making it robust to withstand
the rigours of re-enacting. However, as it faithfully reproduces the
ergonomics of original design, it is not the least bit uncomfortable, even
after prolonged use.
The headset comes complete with modern 2.5mm and 3.5mm jacks to fit most
modern walkie talkies available on the market. The unit also has a small
microphone, similar to those utilised on mobile phone hands free kits.
The headset is offered as a smart phone accessory or as a walkie talkie
compatible unit with a microphone. WH Restorer also offers a choice of early
war (orange coloured) or mid to late war (black coloured) ear cups (can be purchased separately).
Testing
Two units were provided by the manufacturer WH Restorer and were tested by a
three man crew of an Sd.Kfz 222 during simulated battle conditions on the
Eastern Front. The battles during this event encompassed both daylight and
night time operations over a 12 hour period. The battles themselves
consisted of nearly thirty re-enactors with plenty of fire fights utilising
a range of different blank firing weapons.

Radio Net
The crew of the vehicle had to communicate with infantry forces on the
ground in addition to base headquarters to co-ordinate its patrol movements.
The radios used are 5 Watt UHF High Quality units manufactured by Mitex. The
units offer 10km for urban use and 25km in open country. The terrain where
the test was carried out is quite challenging with mixed density forests on
quite hilly ground. The units were used without any booster antennae.
These sets worked perfectly with the pre-production Panzer Headsets (W)
offered by WH Restorer.
Intercom
Due to the restricted visibility of the armoured vehicle itself, the crew
had to communicate with the driver by switching channels and improvising an
intercom. This is a crude but effective means of communication made
necessary by the distracting levels of noise in armoured vehicles. The crew
reports that they found this method quite easy to operate and the use of the
new headsets made it very effective.

Noise cancelling and audio properties
The headsets had excellent noise cancelling properties owing to the faithful
reproduction of the original design. The speakers in the headset are small
modern components, but crystal clear in terms of their audio output. Bearing
in mind the crew had to contend with noise from the engine, a 2cm auto
cannon, a co-axil MG34, and owing to the terrain a constant echo. The
vehicle used is a light reconnaissance vehicle, which moved at speed
patrolling various roads on the battle site. One concern before the test was
carried out was the wind noise created by the motion of the vehicle, through
the ear cups. It was found though, that this was not a factor even at high
speed. The noise cancelling properties of the sets were excellent.
Battery Drain
The headsets were used continuously for 8 ½ hours over a 12 hour period,
during both day and night operations. No significant depletion of the
radios’ battery charge was observed during or after the completion of the
operations. 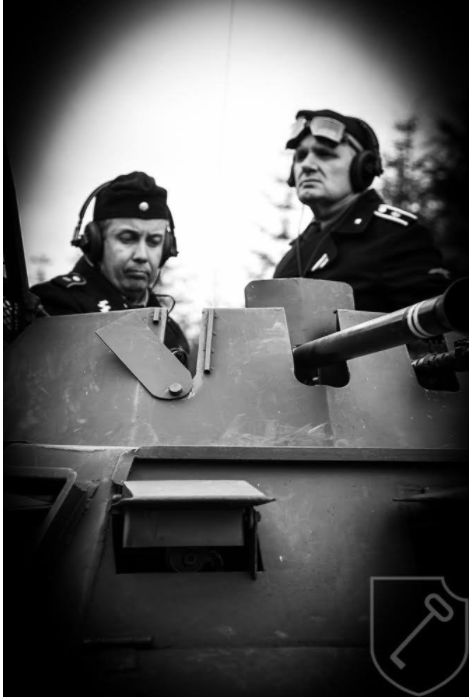 Future Development
It is understood that WH Restorer is researching the possibility of
developing a replica throat microphone to compliment the headset. This
research is ongoing and no official announcement has been made, but it would
be an excellent and welcome addition to complete this very useful and
practical set. 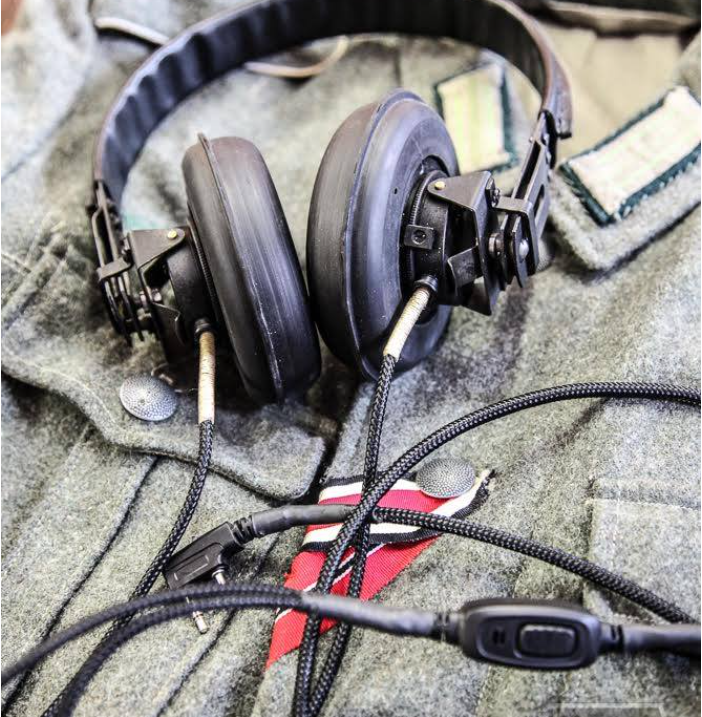 Conclusion
All in all, the headset far exceeded our expectations. With any new
development such as this, where modern technology is shoe horned into an old
design there are inevitable teething problems. However, we couldn’t find
any. The units are superbly built with enormous skill and care. Each one is
handmade, right down to the stitched leather cover on the spring steel band.
The re-enactment community has been waiting for such a unit for a long time.
At last we have a superb working replica headset to compliment any panzer
impression at about half the cost of an original.
Battlegroup Centre and A. G. Meyer fully endorse and highly recommend these
units to any re-enactor or collector.
Order yours today at https://www.facebook.com/whrestorer/?fref=nf 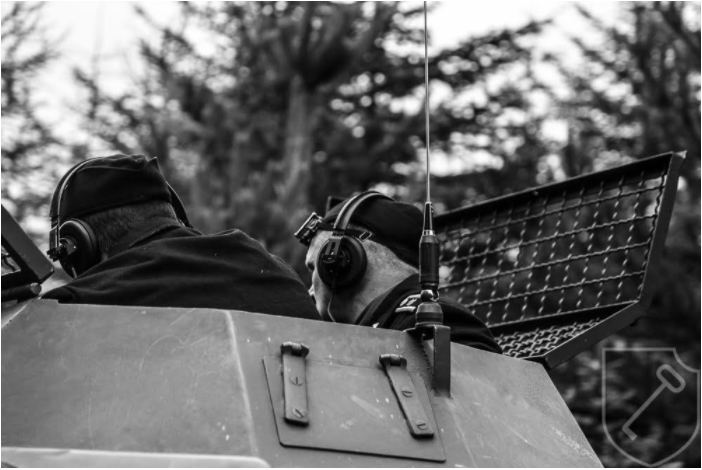